Meet Katie, BRAVE cub reporter, 19 years old and she says more than slightly terrified of turning 20. She joined BRAVE SPACES because of her passion for using education to promote emotional health. A second-year Psychology student at the University of Toronto. She is endlessly fascinated by the rationalities and irrationalities of human behaviour. Her other passions include memes, behavioural economics, and talking about policies. 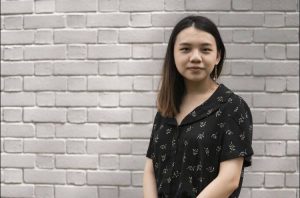 Katie’s main takeaway from the event is goalball serves as a strong reminder – there is strength to be found in adapting to circumstances previously thought impossible.

Katie interviewed the coaches of the respective teams – Marlina Kasbi of Young Women’s Touch and Bay Hansen of Goalball Singapore.

“Kasbi believes that her players learned to play to their strengths, as well as communicate more clearly and specifically – “Not just ‘move’, but ‘move left by five steps’.” The players became more firm and precise in their instructions to each other.

When asked about the motivation of spending so much time on Goalball, Mr Hansen Bay, coach of the Singapore Goalball team “When you begin to see the effects goalball has on the confidence and behaviour of athletes, you don’t really ask yourself that question anymore.” He struck the example of players who initially faced challenges in speaking, walking, or exercising. By providing a safe and judgement-free forum to exercise these skills, goalball helped players to create a personal ‘evidence base’ of their own capabilities. Since players now knew they could speak, run, and make friends on the court, they were empowered to do the same in real life”. 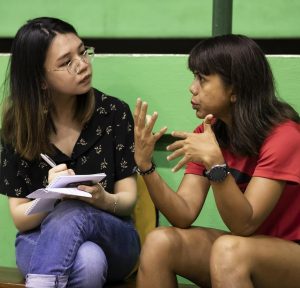 Your ticket for the: Goalball: Reflections from Katie